Had an interesting EDI issue that occurred recently with how BizTalk 2010 parses the value for ISA11. In older EDI versions, 4010 and below I believe, ISA11 was called the “standards identifier” and was always set to “U”. Newer versions of EDI added a new delimiter called the “repetition separator” and repurposed ISA11 to define what this character would be in an interchange.

In the event we were seeing errors like this:

BizTalk should automatically parse this correctly based on the EDI version defined in the schema but in my case it was defaulting to the old behavior even though the version in the schema was 4060. We even tried to setting the UseIsa11AsRepetitionSeparator property on the EDI pipeline to True but BizTalk was still parsing it like a 4010 transaction.

We fixed this using the following steps: 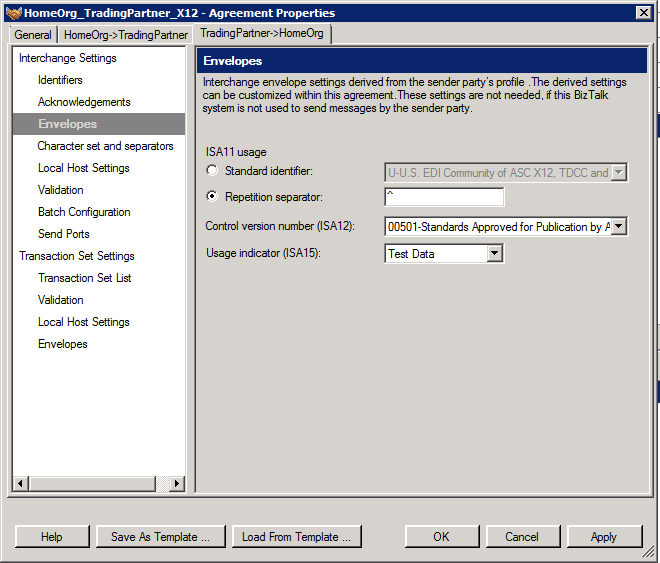 I do not understand why changing the outbound settings would have any impact on how BizTalk parses an inbound interchange but it works. At some point I will have to see if this is still an issue in BizTalk 2013.